You are here: Home / Women’s Rights / The Charter and Aboriginal Peoples

Section 25 of the Charter 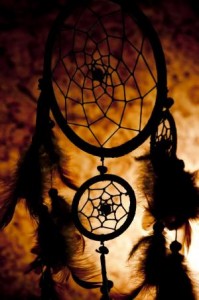 This section states that the rights set out in the Charter are not to be interpreted in a way that would take away, diminish, or reduce Aboriginal, Treaty, or other rights and freedoms pertaining to Aboriginal people. The courts treat this section as a simple shield of protection for Aboriginal Peoples’ rights. This section does not create new rights.

This section is found in the Constitution Act, 1982, and falls outside the Charter. It affirms and recognizes the existing Aboriginal and Treaty rights of the Aboriginal Peoples of Canada, which include the Indian, Inuit and Métis. The courts have interpreted this as only affirming rights that existed in 1982 when the Charter was passed. This section cannot be used to revive rights that were extinguished before 1982. This section also states that such rights are guaranteed equally to male and female persons.

What Is Meant by a Status Indian and Who Can Have Status?

An individual recognized by the federal government as being registered under the Indian Act is referred to as a Registered Indian (commonly referred to as a Status Indian). Status Indians are entitled to a wide range of programs and services offered by federal agencies and provincial governments. What you are eligible for will depend largely on where you live.
Over the years there have been many rules for deciding who is eligible for registration as a Status Indian. Important changes were made to the Act in June 1985 when Parliament passed Bill C-31, An Act to Amend the Indian Act, to bring it in line with the Canadian Charter of Rights and Freedoms (The Charter), and again in 2011 with the coming into force of Bill C-3: Gender Equity in Indian Registration Act.
Bill C-3 amends provisions of the Indian Act that were found to be unconstitutional in the case of McIvor v. Canada. The bringing into force of this Bill will ensure that eligible grandchildren of women who lost status as a result of marrying non- Indian men will become entitled to registration (Indian Status). As a result, approximately 45,000 people will become newly entitled to registration. Department of Aboriginal Affairs and Northern Development Canada (AANDC) has developed an improved service for Bill C-3 applicants, and registration forms are available on the AANDC website (www.ainc-inac.gc.ca), from the AANDC Alberta Region Head Office in Edmonton or the AANDC Southern Alberta Field Services Office in Tsuu T’ina near Calgary, from Service Canada Centres, and from the AANDC Call Centre (1-800-567-9604).
The Minister of AANDC also serves as the Federal Interlocutor for Métis and Non-Status Indians. The Federal Interlocutor helps to find practical ways to improve federal programs and services for Métis, Non-Status Indians and urban Aboriginal people. For information on topics such as: eligibility for Indian Status; applications forms for Indian Status; Métis card; band employee benefits; benefits information, non-insured health benefits, First Nations and Inuit Health, and Health Canada; Status Indians, Aboriginal Peoples, and Canadian Revenue Agency; and other information refer to the AANDC website.