You are here: Home / Women and the Criminal Justice System / Travelling With a Criminal Record 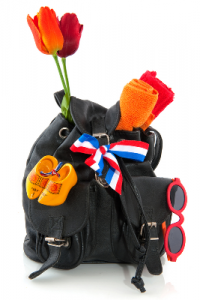 If travelling outside of Canada, be aware that each country has the right to refuse entry to any person with a criminal record. When planning a trip, you should contact the Consulate of the country you wish to visit. A pardon under the Criminal Records Act will not automatically entitle a person to enter a foreign country. A pardon is a means of formally recognizing that an individual has been rehabilitated and reintegrated into society. Pardons do not “erase” criminal records; rather records of pardoned convictions are kept separate and will not be disclosed without specific permission of the Solicitor General of Canada. As a result of agreements between Canada and the United States, American immigration officials receive a computerized record of all convictions in Canada. The record of a criminal conviction in Canada remains on record in the American system even after a pardon has been issued. Therefore a Canadian travelling to the United States is just as likely to be refused entry after receiving a pardon as before it. The United States does not have to recognize a pardon granted in Canada. Any conviction for a drug offence under the Controlled Drugs and Substances Act, will result in you being denied entry and this includes “in-transit” stopovers. The computerized record at the US ports also mean that even if you have entered the United States without any problem in the past, you could run into difficulty if your record shows a criminal conviction or a previous denial of entry. Attempting to gain entry without a waiver could result in several weeks of detention. Absolute discharges and convictions in Youth Court might not be classified as “criminal offences” and normally will not bar admission to the US. A person receiving a conditional discharge will probably be considered to have a criminal record. US immigration policy is subject to change, especially after September 11, 2001.

If you have a criminal record, you should contact one of the US Customs and Border Protection ports of entry by telephone or contact the Embassy of the United States of America or one of its consulates well before you leave. If you are ineligible to enter the United States, you may apply for a waiver of ineligibility. This will involve completing Form I-192, “Advance Permission to Enter the United States as a Non-Immigrant.” This form is available on US government websites. There is a fee and it may take several months to process your application.

Again, if you are not sure whether you would be granted admission to the US, it may be helpful to contact a border crossing to get information on your particular case as soon as possible before your planned departure date. The phone number for US Customs and Border Protection at the Edmonton International Airport is 780-890-4486. The number for US Immigration at the Calgary International Airport is 403-221-1730. You can also call the US Consulate in Calgary at 403-266-8962.

There are two possible methods for a person with a criminal record (i.e. a person who would otherwise be inadmissible) to enter the United States:

US Immigration Officers have the discretion to admit people to the US who would not automatically be admissible. This discretion is exercised based on an interview with the person either prior to, or at the time of, attempting to enter the US. There are two grounds for admitting a person.

Parole admission will only be granted in rare circumstances. It must also be emphasized that parole admission is discretionary and there is no guarantee that a person admitted one time would be permitted to enter the US on a later occasion.

The waiver process is similar to the process of applying for a pardon under the Criminal Records Act. The applicant must send completed forms, fingerprint samples, a photo, and a copy of their criminal record to US Customs and Border Protection. All of the material necessary to apply for a waiver can be picked up at any border crossing (including the Calgary or Edmonton International Airport).

The successful applicant will be notified of the waiver following an investigation by the US Immigration authorities. The entire process will take at least three to four months to complete. The waiver itself will expire after one year, but it may be possible to take the waiver to either the airport or a border crossing and apply for a regular border crossing card which will allow access

into the United States indefinitely. Being convicted of another crime will cause the regular border crossing card to be revoked.