You are here: Home / Women and the Criminal Justice System / The Courts

Provincial Court is the first level of court in Alberta. The judicial process begins here for everyone accused of a criminal offence. The judges in this court may also sit on the Family Court and in Provincial Court Civil Division where they hear civil cases involving debt, breach of contract, or tort falling under the monetary value of $50,000. 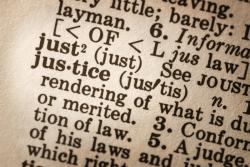 Provincial Court Judges handle most criminal cases. Besides presiding over the first appearance court for all criminal cases, they have absolute jurisdiction over summary

offences, including provincial and municipal violations, as well as all indictable offences under section 553 of the Criminal Code of Canada, for example theft under $5,000. Judges in Provincial Court are referred to as “Your Honour,” “Madam,” or “Sir.” The Provincial Court Judge must also determine how an individual elects to be tried if she is accused of an indictable offence. She can elect to have her trial heard by a Judge of the Provincial Court, a Judge of the Court of Queen’s Bench, or by a Judge and jury of the Court of Queen’s Bench.

All indictable offences in the Criminal Code, except those in section 553, are under the absolute jurisdiction of the Court of Queen’s Bench. Judges in the Court of Queen’s Bench are referred to as “My Lord,” or “Sir,” and “My Lady,” or “Madam.” If the accused is sentenced to a period of incarceration, she will be held at a Remand Centre during the thirty-day right to appeal

period. Both the person convicted of the crime and the Crown have the right to appeal the sentence or the conviction

The Supreme Court of Canada