You are here: Home / Women and Children / Guardianship, Parenting, Custody, and Access

There is a difference, in law, between a parent and a guardian

Explore the topics below and check out the Centre for Public Legal Education Alberta’s Child Custody & Parenting booklet for more information.

Who Is a Parent? 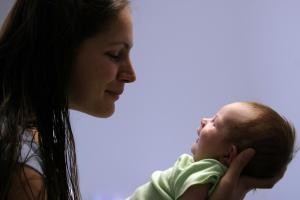 Rather than DNA testing every child born, the Alberta Family Law Act sets out situations where the male person will be presumed to be the parent. These are:

A person who is under eighteen years of age is considered to be a minor unless that person is legally married. Legally, a minor or young person is unable to manage her affairs. The law provides that an adult must be responsible both for the child personally and for the child’s property.

Parental Support for the Necessaries of Life

Section 215 of the Criminal Code of Canada requires parents, foster parents, guardians, and heads of families to be responsible for providing the necessaries of life (food, clothing, shelter, medical aid) to a child under the age of sixteen or to a child older than sixteen who remains under their charge and who is unable to provide her or himself with the necessaries of life.
The Family Law Act says that a parent or a person who has stood in the place of a parent (e.g. a step-parent) is responsible for the support of the child. When parents do not live together, the court can order a parent to pay support.

Parents are responsible for the discipline of their children. Section 43 of the Criminal Code permits parents, teachers, or persons who are in the position of a parent, to use reasonable force to correct the behaviour of a pupil or child under their care. The force used must be reasonable in the circumstances. If excessive force is used, the person responsible may be charged with an offence under the Criminal Code.

Under Section 172 of the Criminal Code, it is an offence to participate in adultery, sexual immorality, habitual drinking, or other morally offensive acts in the home of a child if such acts endanger the morals of the child or make the home an unfit place for the child. “Child” means anyone who is, or who appears to be, under the age of eighteen. Although this section is very broad, its use is controlled by the fact that no court action can be taken without the consent of the Attorney General, a child welfare officer, or a youth court.

Sections 282 and 283 of the Criminal Code deal with abduction of a child by one parent from the other. It is a criminal offence to take a child from the other parent in breach of a custody or parenting order. Even if there is no custody or parenting order, a charge of abduction can still be laid if the child is removed from the lawful care of the other parent. This charge will only be laid, however, with the consent of the Attorney General.

Proper Care of the Child

Children’s Services can become involved with a family if the children are found to experience abuse or neglect, such as being left alone, being physically, sexually, or emotionally injured or not being provided the necessary food, clothing, or medical care. The degree of intervention by Children’s Services depends on the seriousness of the case and the cooperation of the parents. In some cases, a worker will come into the home to help the parents learn about proper care. In other cases the child will be removed from the home, and in extreme cases, Children’s Services will apply for a Permanent Guardianship Order, which will allow the child to be adopted by another family.

Who Is a Guardian?

The father can demonstrate an intention to assume responsibility by:

If the pregnancy occurred from a sexual assault then the person who perpetrated the assault is not a guardian, even if they demonstrate the required intention.
A third party who has taken on the care of a child can apply to the court to be a guardian. It is possible for a child to have more than two guardians.

What Does It Mean to Be a Guardian?

Under Alberta law, a guardian has certain entitlements, powers and responsibilities.
A guardian is entitled to:

A guardian is responsible to:

A guardian has the power to:

The guardians’ entitlements, responsibilities, and powers continue until the child reaches the age of eighteen, unless the child marries or enters into an Adult Interdependent Relationship before they reach age eighteen.

When both parents are guardians, they must provide information to each other about the child and cooperate with each other.
When parents separate, they must decide how to share or divide up the decision making powers and the time with the child. If they cannot agree, the court will decide for them.

If parents are getting a divorce, they will usually use the terms custody and access to describe the arrangements that they make for their children. The term custody can refer both to decision making power and living arrangements.

When parents have joint custody, they will continue to make decisions about the child together. However, in many cases, the children will live primarily with one of the parents, and the other parent will have access. The agreement or court order may say that one parent has primary residence or primary care and control of the child. Married parents automatically have joint custody, but they can agree or the court can order a different custody arrangement.

When one parent has sole custody, that parent will make all of the decisions about the child. The other parent will still have access to the child, but will not participate in the decision making process. However, in cases of sole custody, the parties may still agree, or the court may order that the non-custodial parent must be informed of decisions, or is allowed to participate in some decisions. For example, the parties may agree that the parent with custody will not move away from the city without the other parent’s consent.

Parents who are not married or who have not yet filed for divorce fall under the Family Law Act and will use the term parenting to describe the arrangements they make for their children.

A parenting order or agreement will often list the types of decisions that may be made by the parents, and for each type of decision will say whether that decision is made by the mother, by the father, or by both parents.

The order or agreement will then go on to set out how the time with the children will be shared between the parents. The term shared parenting or split parenting may be used to describe similar cases to shared custody or split custody, as set out above.

Contact applications can also be made by third parties—for example, grandparents or step-parents.

Whether parents use the terms custody or parenting, the types of decisions that must be made are the same—how decisions about the children will be made and how the time with the children will be divided between the parents. If the parents can work together, the agreement or order may say that the children will live primarily with one parent and the other parent has reasonable access (or reasonable parenting time). This means the access or parenting time takes place whenever the parents agree. In other cases, the agreement or order will be more specific, setting out the days and times that the access or parenting time will take place. This is often called specified access.
Even in cases when parents work together well, they often find it helpful to specify how the children’s time will be shared on special days and holidays. For example, the agreement or order may say how many weeks each parent can have the children during the summer vacation and may also set a deadline for the parents to advise each other of which weeks they will want for vacation.
Parenting time arrangements can and often must be changed as children grow, and parents’ and children’s schedules change.
There are various services that can be used to help parents sort out parenting issues. Some of these are:
1. Parenting Education: Alberta Justice offers three courses for separating parents which are designed to give them information about children, separation and handling conflict. These are:

2. Mediation: A mediator is trained to help guide the discussion between parents without taking a position themselves so as to work towards an agreement.
3. Arbitration: Someone who is chosen by the parents to make a decision for them. The parents and the arbitrator sign an agreement that the decision of the arbitrator will be binding. An arbitration decision can be enforced by the court. Often, the arbitrator is also a mediator who will try to guide the parents to an agreement first, and if that does not succeed, will give her decision.
4. Parent Coordinator: A person hired by the parties to help them reach agreements about day-to-day issues relating to the children. Usually this person is a professional, such as a psychologist, who has training in dealing with children or families in conflict.
5. Intervention and Assessment: The court may direct that a professional, such as a psychologist, conduct a short-term intervention to help resolve an impasse or to complete a thorough assessment of the family and make recommendations about parenting. In Provincial Court, the Intervention is used and provided free of charge by Alberta Justice. In Queen’s Bench, both the Intervention and the Assessment are available, but is paid for by the parents, although a partial subsidy is available for low-income parents.
If parents are not able to agree, then they may ask the Court to decide the custody or parenting issues for them. When a judge is asked to make a decision, they make that decision based on the best interests test.
The best interest test is set out in the Family Law Act and describes the factors that the judge must consider. These include:

Explore the topics below and check out the Centre for Public Legal Education Alberta’s Child Custody & Parenting booklet for more information.