You are here: Home / Women and Children / Adoption

A parent or guardian who gives up his/her child for adoption is no longer entitled to custody or control of the child, has no right to interfere with the child, and gives up all parental rights and duties in relation to the child. An adopted child becomes a child of the adopting parent(s).

All adoptions are governed by Part 6 of the Child, Youth and Family Enhancement Act. This Act sets out the steps to be followed and requirements that must be met. 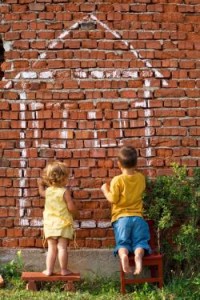 Any child who is over ten days and under eighteen years of age may be adopted. When a child is twelve years old or over, her consent to the adoption is required. If the child does not consent, a court order will have to be obtained to dispense with the child’s consent.

Children who have been orphaned, taken from incompetent parents, or given up freely by parents, who are unable or unwilling to keep them, may become permanent wards of the Crown. These children are under guardianship of Alberta Child and Youth Services which tries to find adoptive homes for them.

If a child was born to you out of wedlock and you marry, your spouse may adopt that child. Also, if you have children born of a previous marriage, your new spouse may apply to adopt those children and become a legal parent with you. In addition, one partner in a same-sex relationship may wish to adopt his/her partner’s birth child. The process followed is the same as a step-parent adoption.

You may also adopt a child who has been placed in your care by the child’s parent or guardian. The last two types of adoption are referred to as non-ward or private adoptions. It is also possible to adopt children from outside of Canada. These adoptions are referred to as international adoptions. Alberta has special rules for adopting children from outside of Canada.

Private adoptions have become popular in the past few years. There are several situations where private adoption might take place: a woman, who has a child by a previous marriage or relationship, and her new spouse want to adopt that child; or a mother may decide to make an adoption plan for a child but wants to have control over the type of home to which the child goes.

These days, fewer babies are being turned over to Alberta Child and Youth Services to be placed for adoption, so persons who wish to adopt a child may try to do so privately to avoid a long wait. There are some disadvantages in choosing the private adoption route. The prospective adoptive parent must find a woman who is willing to make an adoption plan for her baby or go through a licensed agency “pool” where information on the adoptive parent(s) is made available to women wanting to make an adoption plan for their children. The birth mother then selects the family she wishes for her child from the “pool.” There is no guarantee that the birth mother will not change her mind, and she has ten days after the birth of the child to revoke her consent to the adoptive parents’ guardianship of the child without needing any reason. Private adoption is also more expensive. The adoptive parents must pay a fee to the licensed adoption agency.

As of September 1, 1989, private adoptions (other than family and step-parent adoptions) must go through a licensed agency. For a fee to the prospective parents, these agencies offer counseling, match prospective adoptive parents with women wishing to make an adoption plan for their children, arrange the required home studies, and prepare, file and serve all legal documents.

Steps in a Private Adoption

(1) Find a baby to adopt. You may be able to find a pregnant woman who wishes to make an adoption plan for her baby by chance (for example, through friends) or through a private adoption agency.

(2) The prospective adoptive parents should discuss what they would do if the child is born with a serious disability or disease. It is important that the adoptive parents receive a detailed family history from the mother. The history will make them aware of any potential medical or social problems that the child may develop.

(3) Both the birth mother and the adoptive parents should decide if they want to have any contact with each other during the pregnancy, at the birth, or after the birth. It is important for the birth parents to know that there is no legal way to enforce an open adoption contact arrangement once the adoption is final.

(7) The licensed agency will prepare a petition (or court application) for adoption. An investigation will be conducted and a report prepared, which is presented to the court within six months from the date of the petition. The petition must be accompanied by a sworn document that declares that the petitioners are fit parents. The prospective parents, or a lawyer acting on their behalf, will present the petition and the report to a judge of the Court of Queen’s Bench in the district where the child, the child’s guardian, or the petitioners reside.

(8) If the judge is satisfied that the petitioners are suitable parents and that it is in the child’s best interest to be adopted, the judge may grant the adoption order. An order for adoption may be made at any time after the child is ten days old.

(10) No legal action to set aside an adoption order can be taken after one year from the date of the adoption order, except where the adoption was obtained by fraud and then only if it is in the child’s best interests to set the order aside.

(11) The identity of the child is usually carefully guarded. Only the child’s given name is used in the petition. The child’s surname and legitimacy status are not mentioned. When the adoption order is made, adoption records are placed in a sealed package or sealed place and will be disclosed only with the consent of the Minister of Child and Family Services or on order of the court.

(12) It is an offence, punishable by a fine of not more than $10,000 or, if a fine is not paid, imprisonment of not more than six months, for anyone to give or receive money to obtain a child for adoption. The only exceptions are for fees paid to licensed adoption agencies and for the preparation of the home study report, for lawyers’ fees, and for doctors’ fees for examination, treatment, or immunization of the child. Written permission of the Minister of Child and Family Services is required before anyone can be prosecuted for this offence.

Those who want to adopt a child through Alberta Child and Youth Services should apply to their local ACYS Adoption Unit. Children become available for adoption through the

Where their parents surrender them voluntarily at birth or later;

Where they have been taken away from their parents by the Department due to child abuse or neglect;

Where they have been orphaned and no person, such as a relative of the parents, has offered themselves as a guardian.

Steps in a Non-Private Adoption

(2) If requested, an application kit is mailed out.

(3) When the completed application is returned to the Adoption Unit, the prospective parents are asked to attend at the unit for an interview. At that time, the process and procedures for adoption are explained and the applicant’s situation is discussed.

(4) If the applicants are accepted, their names are registered at the Central Office in Edmonton on the waiting list for the required home study.

(5) A newsletter is sent out every six months to those on the waiting list to provide an update on waiting times as well as advice on any policy changes.

(6) Applicants are contacted for the home study approximately six months before a child is available for placement with them.

(7) Upon completion of the home study, the social worker makes a recommendation that is reviewed by a supervisor and the District Office Manager who finalizes the decision. This process takes approximately one month.

(8) Upon approval, most applicants are referred to Canada’s Waiting Kids of the Canadian Adoption Council which offers courses on placement, infant care, preparation for parenthood, and adoption issues.

(9) All matching of children with prospective parents is done in the Central Office of Child and Youth Services in Edmonton. Background information regarding the child and birth parents is shared and, if appropriate, the prospective parents are asked to travel to the District Office in or near the place where the child is born. In the case of an older child, a series of visits are arranged prior to the child being permanently moved.

(10) The application then proceeds very much as set out in steps seven through fourteen in the section on Private Adoption. There is no cost to the prospective parent.

Some children are born to a woman who did not become pregnant through sexual intercourse with a man. People who have health problems that prevent them from becoming pregnant, single persons who desire children, and partners in a gay or lesbian relationship may need the assistance of Assisted Human Reproduction. The Family Law Act has legal provisions dealing with parentage of the children who are created through sperm donation, artificial insemination, surrogacy and/or egg donation. Since 2004, Canada has had a Personal Health Information Registry that has information about donors in Canada. The name of a donor cannot be given out unless the donor has provided written consent to his or her name being released. If donors agree, the information can be given to parents and children.